In an update on Dutch cannabis policy, VOC spokesperson Derrick Bergman tries to answer the question why a country that is (in)famous the world over for its liberal cannabis policy, has adopted a zero tolerance, war on drugs style approach, just as the rest of the world is moving towards liberalization. 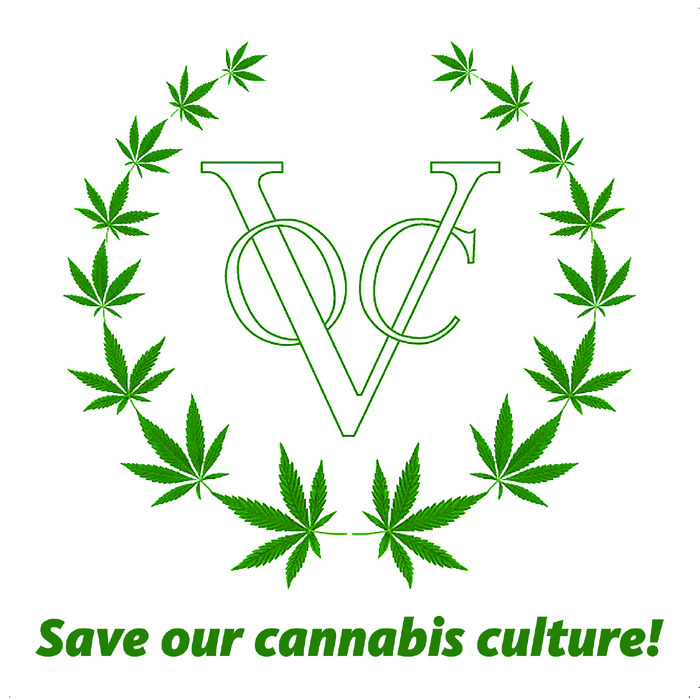 The time that the Netherlands was the world’s most progressive country with regards to cannabis has passed. Looking back, the change already set in around 1996, with the first so-called ‘Purple government’, meaning a government without Christian party CDA. At the time it seemed this government would take further steps towards legalization, but they didn’t, mostly because of foreign criticism, especially from France.

The ‘Purple government’ lowered the amount of cannabis you could buy at coffeeshops from 30 to 5 grams and raised the minimum age from 16 to 18. Ironically, the 5 gram maximum caused a lot more traffick of foreign coffeeshop visitors in the border regions, especially the Southern province of Limburg and it’s capital Maastricht.

In 1996 there were around 1500 coffeeshops, today there are only about 600 left, a third of them in Amsterdam. This was caused by tighter rules and regulations, like a total alcohol ban for coffeeshops and the ‘distance criterium’, a rule banning coffeeshop located within 250 meters of a school. The Dutch war on weed really got going when minister of justice Ivo Opstelten rose to power in 2010. In his former job, mayor of Rotterdam, he had closed down a large number of coffeeshops. As minister he came up with the infamous weedpass, a disastrous attempt to ban tourists from coffeeshops.

Why?
So why has a country that is (in)famous the world over for its liberal cannabis policy adopted a zero tolerance, war on drugs style approach, just as the rest of the world is moving towards liberalization? The answer may lie in ’The law of the handicap of a head start’, coined by Dutch historian Jan Romein in 1937. One of the examples he uses to explain this law are the street lights in London, one of the first cities in the world to introduce large scale street lighting. Electricity had not yet been invented, so the London street lights worked on gas. By the time other cities followed suit, electricity was readily available, so these cities installed electric street lights from the start. London’s head start turned out to be a handicap when it came to modernizing their system.

It’s a striking analogy to what has happened to Dutch cannabis policy. In 1976, Holland was the first country in the world to decriminalize use and possession of small amounts of cannabis for personal use. To make this possible, a separation between cannabis products and other illegal drugs was introduced in the Opiumwet (Opium Law, dealing with all illegal drugs). This legal separation went hand in hand with a separation of drug markets. The goal was -and still is- to create an environment where people can buy cannabis safely, without being exposed to other illegal drugs with greater risks, like heroin and cocaine.

House dealers
To debunk a common misconception, still spread by today’s government: coffeeshops were never planned by the authorities. Early police guidelines were aimed at so called ’house dealers’, operating in subsidized youth centers like Paradiso and De Melkweg. It’s only thanks to smart and brave entrepreneurs that the coffeeshop as we know it today came into existence. This was more in spite of than thanks to the governments of the time.

Fast forward to 2014. The world has changed dramatically. Gone are the days that Holland was the only country with a liberal cannabis policy. The list of states that have decriminalized or legalized cannabis seems to grow every month: Uruguay, Denver, Washington, Oregon, Alaska, Spain, Belgium, Portugal, the Czech Republic… While we’re still struggling with gas powered street lights, these countries have chosen far more practical solutions.

15% thc maximum
The government’s proposal to limit the amount of thc in cannabis sold at coffeeshops to 15% seems to be the lowest point yet in the decline of Dutch policy. The fundamental separation between cannabis and drugs like heroin and crack will be gone if the government gets it’s way. Any weed or hash containing over 15% thc will be considered a hard drug. Coffeeshops offering ’strong cannabis’ will be closed down because of supplying ’hard drugs’. Peaceful cannabis growers can be persecuted like producers of meth and heroin.

The 15% thc measure has been postponed a few times and activists hope the government will fall before it reaches the Senate. The very foundation of modern Dutch drug policy is at stake. To make matters worse: the Raad van State, an important advisory council, gave it’s thumbs up to the tourist ban for coffeeshops this summer. They declared that banning non Dutch residents is a form of discrimination, but is nevertheless allowed to combat the evil of ’drug tourism’.

Justice minister Ivo Opstelten has always maintained that ’eventually’ all coffeeshops will have to ban non residents, including those in Amsterdam. At this moment however, only about 15% of all Dutch coffeeshops -those in the three Southern provinces- are forced to ban non residents. This ’North-South divide’ seems contrary to a credible and consistent national policy. That pretty much sums up the Dutch cannabis policy in the 21st century: the opposite of credible and consistent.

Growshop law
The most recent repressive measure, known as the ‘growshop law’, has been adopted by the Senate in November and goes into effect on March 1st, 2015. Any kind of preparation or assistance to “illegal cannabis production” will be punishable with a maximum of three years in jail. Labour party PvdA, who forms the government with liberal party VVD of mister Opstelten, voted against the law, but it still got a small majority. Although it seems very hard to enforce, it’s another step backwards.

Meanwhile, local governments are getting fed up with the bulldozer approach of justice minister Opstelten. 54 mayors have signed a manifesto, “Joint Regulation”, calling for the regulation of the backdoor of the coffeeshop. The so-called “backdoor problem” is the biggest paradox of the cannabis policy: coffeeshops are allowed to sell cannabis under strict conditions, but any wholesale buying or producing is strictly forbidden. For over 35 years, the government has been pretending that the cannabis that coffeeshops sell, comes falling out of the sky every day.

“Founded in September of this year, the CSC forms a huge challenge to municipal authorities, who are now facing a dilemma: acting against the club with about 25 members would create a ridiculous situation, since already in Amsterdam there are hundreds of coffeeshops which get their cannabis from the illegal market, while tolerating their existence would bring them into conflict with Justice Minister Ivo Opstelten, who is opposing any relaxation of the restrictive policy towards cannabis cultivation.”

The Cannabis Social Club might well be the crowbar that allows local governments to experiment with regulation, no matter what the minister of justice says. Activists in the cities of Eindhoven, Utrecht and Groningen are busy setting up Cannabis Social Clubs as we speak. Like before with the coffeeshops, the change will come from brave individuals at the grassroots level, not from the politicians.

Groningen verdict
Chances of success have grown with a groundbreaking verdict by the court in Groningen. On October 6th, 2014, the judge declared a couple, John and Ines from Bierum, guilty of growing cannabis for two coffeeshops, but gave them no punishment, because they worked as safe and transparent as they could. The judge stated that production is an “implicit part” of the coffeeshop policy. The prosecutor has appealed the verdict; if it’s approved by the Supreme Court (“Hoge Raad”) this verdict will be a real game changer.

For Doede de Jong, Holland’s best known cannabis grower and one of VOC’s most prominent activists, there is a lot at stake. The Dutch state wants Doede to pay over €230.000, based on a ridiculous calculation of alleged profits. If the verdict stands he will loose the farm he and his family have been living on for forty years. The Groningen verdict could save him, but at the moment things are looking bleak. Visit www.steundoede.nl (Dutch) for more information on Doede’s case and ways to support him.

Support VOC
Since 2008 the VOC, a non-profit platform of Dutch citizens opposed to cannabis prohibition, mobilizes consumers and influences public opinion and politicians. We defend free access of adults to cannabis in coffeeshops and promote legalization. We organize Cannabis Liberation Day, the biggest cannabis event in the Netherlands. The seventh edition takes place on June 14, 2015, in Amsterdam.

We need your help
The VOC depends on donations from consumers and companies to keep the pressure on, save our cannabis culture and make sure tourists will remain welcome in the coffeeshops. You can follow us on Twitter (@vocnederland) and/or donate online by clicking here and following the instructions. Thanks for your support!