1.
The ban on cannabis means that in addition to the coffeeshops and people who grow for their own use, an illegal market in cannabis also exists. There is no possibility of control over this illegal market which leads to criminality, unsafe situations, and events that disturb the peace; and to which underage people have easy access.

2.
The ban on cannabis makes large scale crops and export of the product into a lucrative source of income for criminal organizations which can then use this income for other criminal activities, or ‘wash’ it via money laundering operations that can disturb the legal economy.

3.
The ban on cannabis encourages criminal and antisocial behavior: rules concerning safety and security (for growing and in the marketplace) are easily broken and this goes unpunished. Conflicts are often resolved using violence. 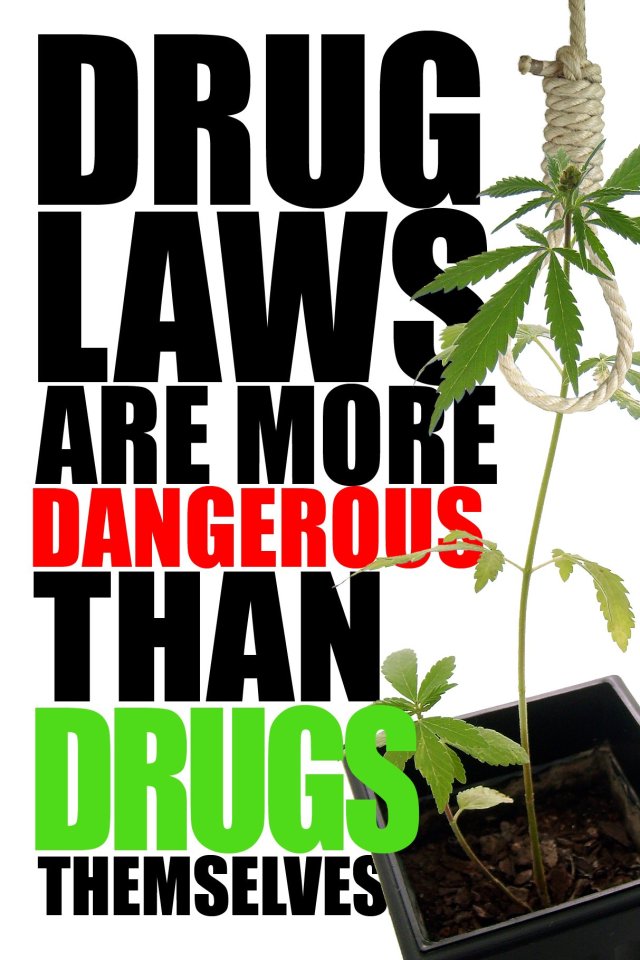 4.
The ban on cannabis leads to an increase in prices, as the producer in an illegal market calculates their risk into the price.

5.
The ban leads to a migration of tourists to coffeeshops near the borders of the country, and the operation of ‘drug runners’ to transport the product. Simple solutions for this problem such as the proposal for a so-called ‘Weed Boulevard’ with legal supply logistics are held back by the ban on cannabis.

6.
The ban on cannabis puts enormous pressure on the resources of the police and the justice system, which cannot then devote them to other, more important goals. Some of the methods used to enforce the ban limit the personal freedom of civilians and are a matter of contention in court.

7.
The costs of enforcing the ban on cannabis are not justified by the results. Although the goal of the ban (an essential reduction in supply and demand) fails to come a single step closer, the ban itself is never brought forward for discussion.

8.
The ban on cannabis damages the credibility of the government, given that the use of cannabis continues to be firmly naturalized in society.

9.
The (world-wide) ban on cannabis is one of the pillars of the U.S. dominated War On Drugs, which has led to sizeable global violations of human rights; and severely damages both the environment, and the security of the populations of cannabis-producing countries.

10.
The ban on cannabis impedes the development of the industrial applications of the plant, which is capable of making a very valuable contribution to a sustainable future.

11.
The ban on cannabis makes it impossible to carry out standardized controls on the product. Therefore demands can hardly be placed on the product in terms of consistent quality, health, or accompanying information on the contents and effects of the product.

12.
The ban on cannabis leads to unwelcome and unhealthy practices in production which negatively affect the quality and effects of the product, and thereby damage the health of the consumer.

13.
The ban on cannabis criminalizes the cannabis consumer (over one million Dutch people), with negative social consequences for the people in question, their relationships, their family, and their home and work environment.

14.
The ban on cannabis is a restriction of the right to freedom of expression. It legitimizes information about the supposed evils of cannabis, information that cannot be seriously tested for durability, credibility or truthfulness and yet is used as justification for the active enforcement of the ban.

15.
The ban on cannabis damages the right of the individual to make decisions about his / her own body.

16.
The ban on cannabis damages the right of the individual to possess a medicine that is necessary to maintain or support his or her health and wellbeing.

17.
The ban on cannabis dissuades doctors from prescribing it to patients who could benefit from the effects; and delays the process of recognition of its medicinal applications in the treatment of multiple afflictions such as HIV and AIDS, Multiple Sclerosis, cancer, and chronic pain.

18.
The ban on cannabis denies the government the possibility of levying taxes on the product.